Okay, I'm sorry I went so long without posting. This was not intended, but it happened... And now I'm fixing it before the problem gets worse. 😅

Anyway, I was kinda planning to do this in May, but by the time I got to writing my next post, the month was well over half-over, so I started writing the book haul post instead, which I did not finish, but I will finish it later. I did do some reading in May though, despite the lack of a TBR list. I've been reading without TBRs for a long time, so what's new. 😄

I read two books in May: The Parabaloni by Catherine Gruben Smith and Brisingr by Christopher Paolini. 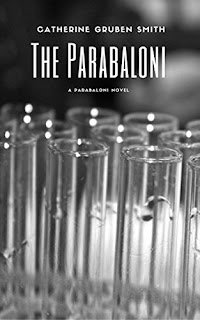 The Parabaloni is the first book in a series by the same name; to save time, I will not go into detail about the book, but it was by far my favorite read of the month. I did love Brisingr, and I don't have anything against it at the moment, but for a number of reasons, it didn't hit as hard as The Parabaloni did. I will save all of those reasons for the review to come, when I've read it more than once. 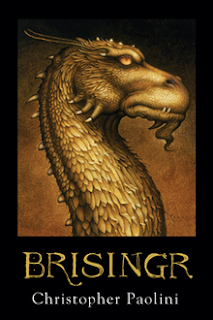 Brisingr is the third book in The Inheritance Cycle series, which I picked up because I've wanted to get into fantasy for awhile and I saw people talking about it. Throughout the book I laughed, rolled my eyes, and totally freaked out--it's been a ride. 😅 But I love it, and I'm super enjoying the fourth book, too--shhh.

My plans for this month's reading are not very ambitious. Most of the reason for that is because I've only just started the hulking 850-odd page Inheritance, which will conclude The Inheritance Cycle series, but part of the reason is I don't really know how much I can read in a month, since I've never tracked it before. This is my first time doing a monthly TBR, so I'm going to start slow and build up, seeing how much is too much and going from there.

The first book on my TBR is Inheritance by Christopher Paolini. 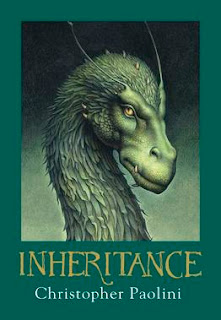 As mentioned before, Inheritance is the fourth and last book in The Inheritance Cycle. I've actually already started it--I started it at the end of May. I'm a little sad the series is coming to a close, but I'm also super excited for Eragon to finally face his great foe and hopefully free the land. I wish, after this, I could read a book about a new Rider after the fall of Galbatorix whose master is Eragon...

The second book on my TBR is Seeker by Kim Chance. 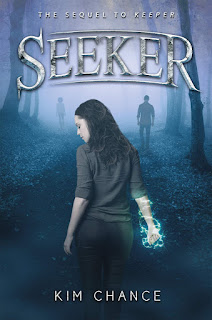 Seeker is the sequel to Kim Chance's debut novel, Keeper, which I read for two reasons: I follow her YouTube channel and I love her, and because she successfully interested me in the story. I only had one major complaint when I read Keeper, but it showed up so little that I was willing to let it slide, so here I am picking up the second book, as soon as I finish Inheritance!

And finally on my TBR; Two Weeks by Karen Kingsbury. 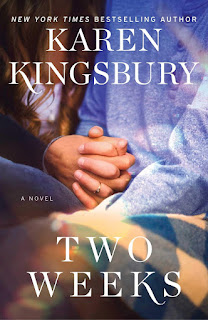 I'm kinda new to the Karen Kingsbury gang, especially as far as her Baxter Family storyline goes, but despite having jumped in right in the middle, I'm loving it. 😄 This story is about Cole, so I'm excited.

Anyhow, that's as big as I'm going to make my TBR this month. I'm pretty confident I can get through it; hopefully next month I can make my TBR a little bigger.

In my next post, I'll be showing you all of the new books I got in the month of May (and technically April), so stay tuned for that. Maybe drop a follow, too, so you don't miss it when it does come out, and leave me a comment if you have any thoughts. Until next time... 👋

Welcome to The Nerdy Book Lover!

Hi! I'm Kirstyn Todd, and I've been wanting to start this blog for a long time, so here I finally am! 😄 This is my wonderful bookish blog full of bookish awesomeness and craziness. I almost guarantee you there will be fangirling at some point. Maybe there will be ranting... I guess if I do this long enough, there will be. 😆

But aside from all the craziness, there will be other things, like book reviews, which is mainly what this site is for. I'm also going to try monthly TBR lists, since I've never really done those before, and share my reading goals with you. There might be the occasional book haul post (actually, I've got one planned), but since I rarely have enough money to buy a bunch of new books, those will probably not show up very much.

Other things to expect from me would be biweekly reading updates and, considering a lot of the inspiration for this site came from booktuber jessethereader, whatever random bookish fun content I can think up. You're in for a ride if you decide to follow! 😄

I will try to keep my reviews spoiler-free, for those who may be planning to read the books in question. But something to note about these: it will take at least one reread for me to write a review for any one book. I tend to forget about details really quickly, so I will do one pleasure read, and then read again with a more analytic mindset. Keep this in mind when reading my biweekly reading updates. 😄

Also keep in mind that I have never done this before, aside from a few thrown-together reviews on Goodreads, so I'll have to improve my reviewing skills with every post. If you have any feedback or suggestions, let me know in the comments!

That's it for this post; if you would like to know more about me, see my About Me page, and if I've successfully interested you in my blog, maybe drop me a follow! I hope to see you next time.

Happy reading!
--Kirstyn
Posted by Kirstyn Todd at 9:41 AM 4 comments:

Kirstyn Todd
I'm a Christian author, musician, and blogger who is learning French.